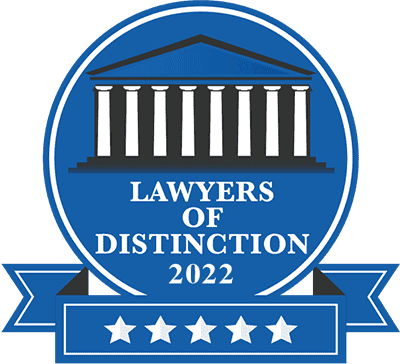 What are my rights?

Who pays for the protection of my rights?

Florida has a long tradition of upholding the right to own private property. You have the right to hire an attorney and other experts, such as real estate appraisers, accountants or engineers who specialize in eminent domain cases to evaluate and, if necessary, contest and litigate the condemning authorities estimate and offer of full compensation. The Florida Constitution requires that the government or condemning authority pay reasonable attorneys’ fees and costs, including expert witness fees, associated with the taking of private property. The intent of this requirement that the government pay for the owner’s attorneys’ fees and costs is to put the property owner on an equal footing with the government.

How are the attorneys’ fees and costs determined?

Who can take my property?

Federal, state and local governments have the power to condemn private property. This power has been delegated to many governmental agencies such as the Florida Department of Transportation. The government has also delegated the power of eminent domain to public utilities and in certain, very limited situations, to private companies and individuals.

Can the government take as much of my property as it wants?

No. The government can only take as much of your property as the court finds is reasonably necessary to accomplish a public purpose.

Who decides whether the condemnation of my property is for a public purpose or private purpose?

Only a judge can decide. Even if the condemning authority believes the condemnation is for a public purpose, a judge can rule otherwise and deny the government the right to take your property.

Should I be doing anything before my property is taken?

There are several actions an owner may take before his property is taken. Because the owner’s actions may help or hurt his case, it is wise for an owner to seek the advice of an attorney when considering pre-condemnation actions.

Do not discuss any issue pertaining to the value of your property with anyone without first consulting an attorney. Unlike other areas of civil law, in eminent domain the government is your opponent – not your protector. What you say may be used against you at a later date.

The owner should maintain the appearance and condition of the property. Visual impressions, even to sophisticated professionals, are important, and appraisers and other experts will be inspecting the property before it is condemned. It is in the owner’s best interest to have the property looking as good as possible.

Contamination on the property may reduce the final award, delay the payment of funds to the owner or result in the owner’s liability for cleanup charges. An owner should consult with an attorney and take whatever steps necessary to assure that the property remains free of contamination.

The value of the property is often enhanced by favorable land use permits. The securing of a rezoning, plat approval or building permit may result in a higher valuation of the property. The decision of whether to apply for such permits must always be weighed against the effect which a potential denial will have on the case. It is thus wise to seek the advice of an attorney before proceeding with a land use application.

Do not supply copies of leases, expense records, profit and loss statements or similar documents to the government or its representatives until you have referred such requests to your attorney.

When will I be required to give up my property?

The date for surrender of possession depends upon whether the acquisition is accomplished by a sale of the property in lieu of condemnation, or by a court Order of Taking. In no event will an owner be required to surrender possession of his property until either he agrees to a certain date, or the judge sets a date.

What will happen if I do not accept the government’s offer?

If the court enters an Order of Taking, how do I get my money?

Your attorney will file a motion and schedule a hearing. The motion will ask the court for permission to withdraw the money and disburse it to the owner. The motion and notice of hearing will be sent to all parties who have an interest in your property (mortgagees, tenants, lien holders, etc.).

At the hearing, anyone who has an interest in the property may make a claim to the funds deposited by the condemning authority. Prorated real estate taxes and special assessments are also deducted and paid to the appropriate officials before the owner’s balance is determined and disbursed.

If I withdraw the money which the government deposits in the court registry, will I be able to ask for more at the trial?

Yes. Your withdrawal of the Order of Taking funds is without prejudice to your final claim. This means that neither the amount of the government’s deposit nor the fact that you use it during the case can be used against you in the trial. Once you withdraw the funds, however, there is nothing to prevent the government from presenting testimony at trial that is lower than the deposit.

If I don’t agree with the government’s offer, who decides how much money I get?

Is a tenant also considered an “owner” of property?

Yes. Under Florida law, a tenant is also considered an owner of property and is entitled to the same constitutional protections as the fee simple owner.

The taking of my property will hurt my business. Under what circumstances am I entitled to compensation for damage to my business?

In order to qualify under this statute, however, the business owner must meet four tests.

3. The taking must be a “partial taking,” that is, a taking of only a portion of the property, and the business affected must be located on both the property and on the remaining property.

4. The business must be established at the specific location that is being condemned for at least 4 years prior to the taking.

If a business owner does not meet each of these requirements, it is probable that he will not be able to recover compensation for business damages, even if the taking damages his business operation.

Do I pay taxes on my award?

Because a condemnation is considered an involuntary conversion, it is treated differently from voluntary sales. You will have a period of time to reinvest the condemnation proceeds and defer your tax obligation until a later date.